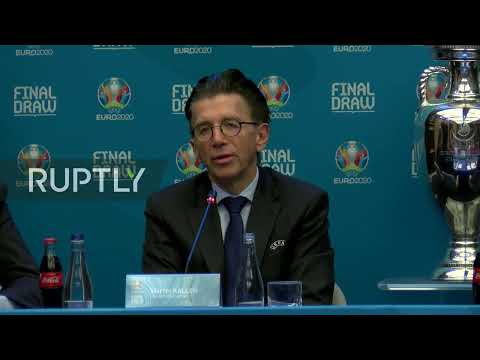 Ruptly is live from Bucharest on Saturday, November 30 as UEFA’s events CEO Martin Kallen delivers a pre-tournament briefing to the media ahead of the draw for the EURO 2020 finals.

The head coaches from all the teams set to be involved in the tournament have been invited to attend – from Germany’s Joachim Low and England’s Gareth Southgate to Spain’s Luis Enrique and France’s Didier Deschamps. It will all kick off in Rome on June 12 and run until the final in London a month later.

The twenty-four finalists were divided into six groups and will play matches in 12 different host cities for the first time in the tournament’s history.

The current holds Portugal defeated the now-reigning World Cup champions France back in 2016 thanks to an extra-time strike from Eder.